Tourist information around the area 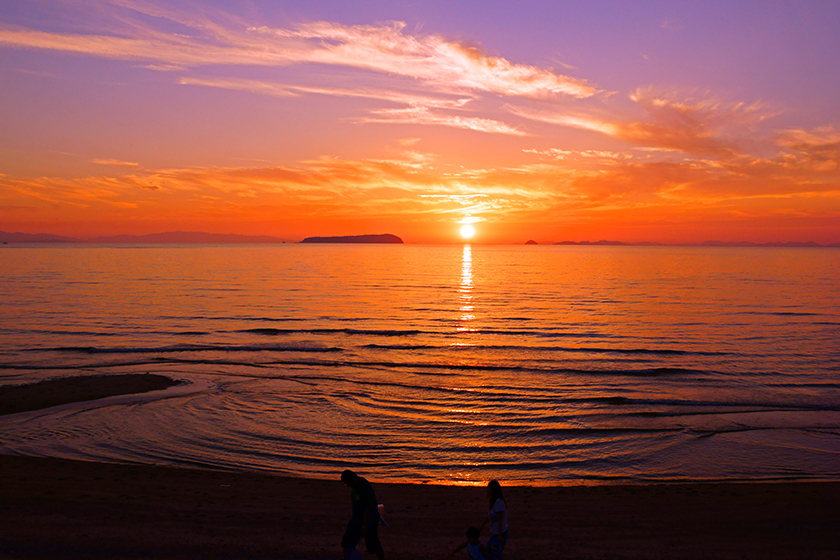 "Ariakehama beach" is a large-scale beach with a total length of 2km, located a minute walk from the Kotohiki-kairo. The contrast between the shining water surface and the white sand during the day is beautiful, and the most beautiful is the time before sunset. The sunset seen from Ariakehama beach, which was selected as one of the "100 Best Sunsets in Japan", is breathtakingly beautiful. 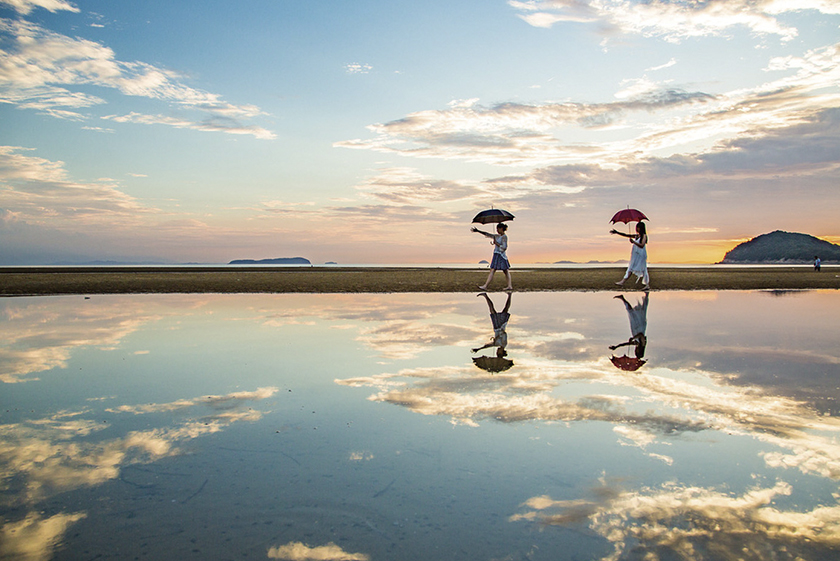 About 12 minutes by car

Chichibugahama beach, nicknamed "Uyuni salt lake in Japan," is a popular tourist spot visited by many tourists to take pictures that look good on SNS. Like Ariakehama beach, it has been selected as one of the "100 Best Sunsets in Japan", and the beautiful scenery spreads especially during the time when sunset and low tide overlap. 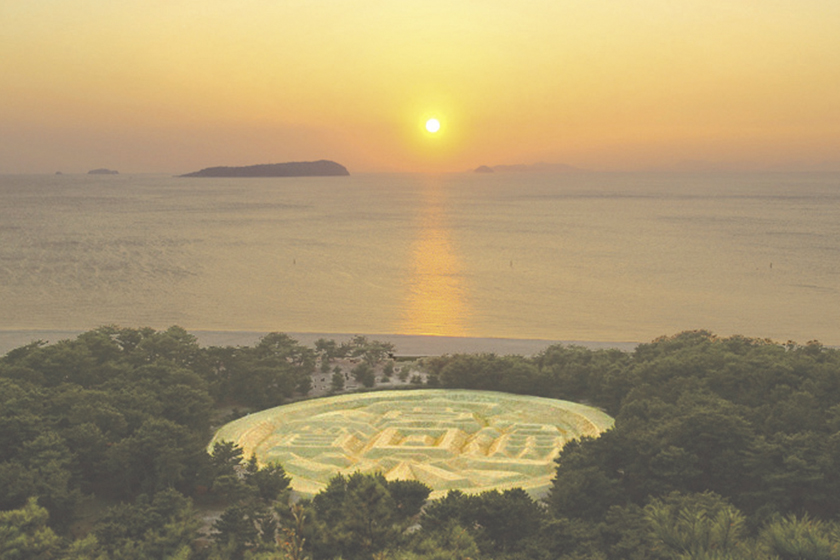 "Kanei Tsuho", which is said to have been drawn in the early Edo period, is a huge sand painting 122m east-west, 90m north-south, and 345m in circumference (there are various theories when it was created). It is said that "If you look at this sand painting, you will not be inconvenienced by money in the future," and many tourists are visiting to the spot. The view from the observatory on the summit of Kotohiki mountain, which is close to the Kotohiki-kairo is spectacular.

Takaya Shrine "Torii in the Sky (Tenku no Torii)" 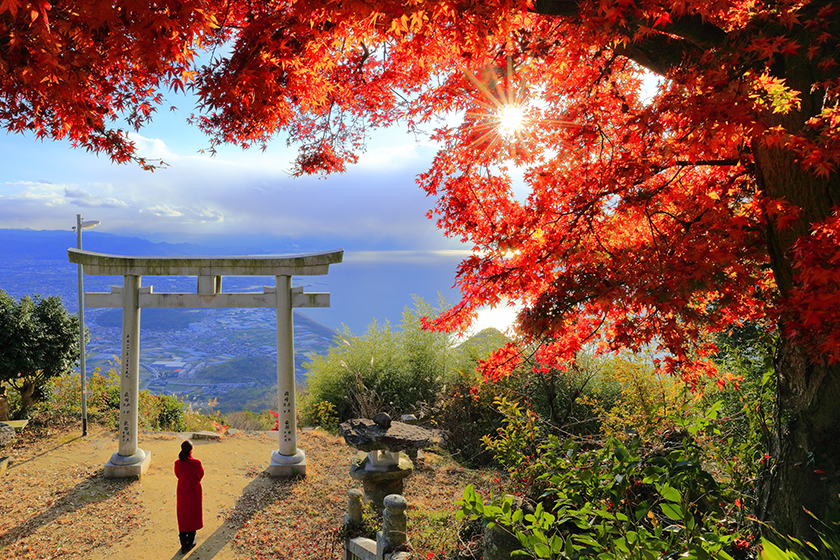 About 20 minutes by car

Takaya Shrine, located at the top of Mt. Inazumi, is a popular tourist destination for the torii gate, nicknamed "Torii in the Sky (Tenku no Torii)". The beautiful view of the Seto Inland Sea and Kanonji city along with the torii-gate is worth a visit. You can drive to the top of the mountain. Access from the Kohiki-kairo is good. 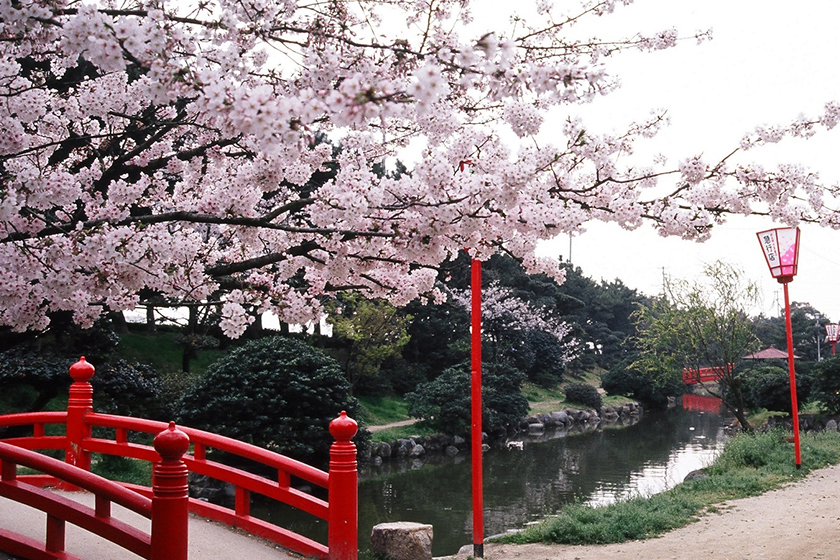 Kotohiki Park, which is a few minutes' walk from the Kotohiki-kairo is a famous place for cherry blossoms, which has been selected as one of the "100 Best Cherry Blossom Spots in Japan". In the spring season, about 200 cherry trees are in full bloom. The cherry blossoms you see during the day are beautiful, and the cherry blossoms at night illuminated by the bonbori, Japanese traditional light, are also very beautiful and worth a visit. 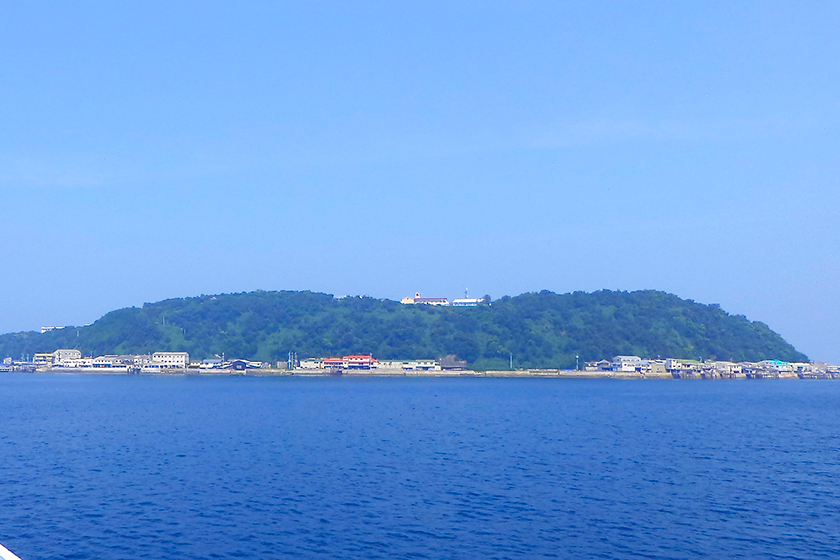 Ibukijima Island, which is known for producing the nationally famous "Ibuki Iriko (small dried sardine)", has been visited by many tourists in recent years, due to the influence of the Setouchi Triennale. When you see Ibuki Island from Ariakehama beach, it looks like a whale is floating in the Seto Inland Sea.

Umpenji "Swing in the Sky" 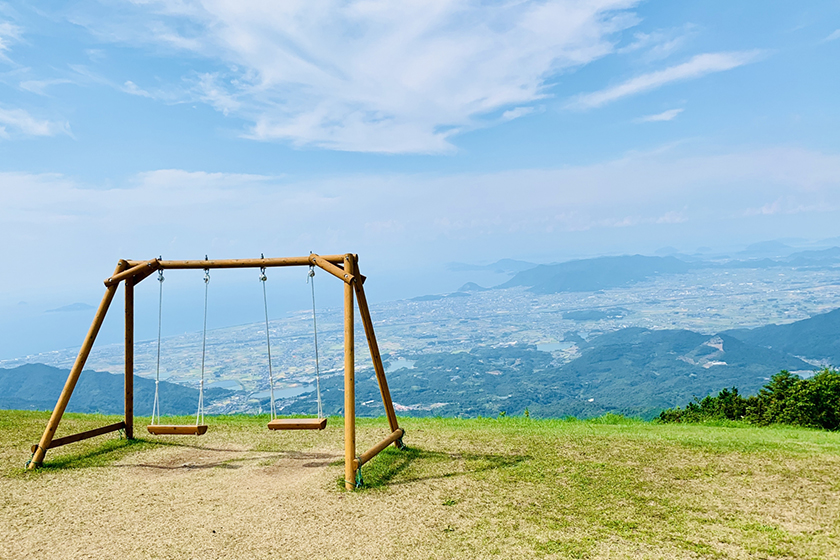 About 24 minutes by car to the ropeway port

At the summit of Unpenji at an altitude of 920m, there is a popular "Swing in the Sky (Tenku no buranko)" that looks nice on SNS. It takes about 10 minutes by ropeway from Umpenji Ropeway Sanroku Station to this tourist spot. Some people who visited there said they became like "Heidi, Girl of the Alps". 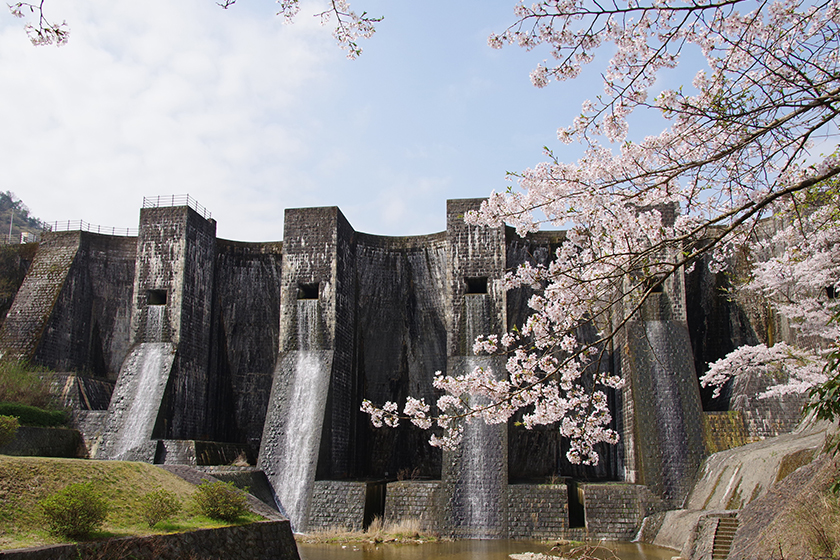 About 22 minutes by car

The Honen Ike dam, which reminds us of an old castle in medieval Europe, is a tourist attraction that has been selected as one of the "88 Views in Shikoku". Honen Ike dam shows different expressions in each season. Especially in the summer, Yurunuki (release) is considered to be a seasonal tradition and is visited by many tourists.